Mr. David Vaughan real estate appraiser in Fort Myers is one of the co-founders of Diversified Appraisal. Mr. Vaughan is a lifelong resident of Ft. Myers, having graduated from Ft. Myers High School as a member of the National Honor Society.  Following graduation, he attended Davidson College in Davidson, North Carolina from 1975 - 1979, graduating with a BA in Economics.  He then attended the University of Florida where he received his MBA in Finance in 1982.  Since 1982, David has worked in Lee County as a Real Estate Appraiser.

In 1989 he opened Diversified Appraisal along with Ted Dickey, and has remained as an owner appraiser since.  In addition to over 30 years as an appraiser, Mr. Vaughan has brokered property, developed property (including Old Ft. Denaud Subdivision in Labelle), and served as a Special Magistrate for the Lee County Value Adjustment Board.  Mr. Vaughan has worked for Lee County on numerous roadway and drainage projects, along with appraising numerous parcels for Lee County’s Conservation 20/20 Program.
​
Mr. Vaughan is an approved appraiser for the Division of State Lands. He has also represented land owners for eminent domain purposes on roadway takings, the Red Sox Stadium project, park projects, drainage projects, and civil litigation.  David has qualified as an expert witness for various court proceedings, including eminent domain, divorce, bankruptcy, and general civil litigation.

Additional activities include 15 years of coaching and umpiring at Ft. Myers Little League where he was elected into the Hall of Fame in 2002 for his contributions to the league.  Mr. Vaughan also enjoys tennis, golf, fishing, and basketball.  He has been married to Cheryl Vaughan since 1980 and together they have three children, Bobby, Kimberly, and Shane.

​Mr. Vaughan has also been an active member in First Christian Church since 1973, serving as a past youth leader and deacon. 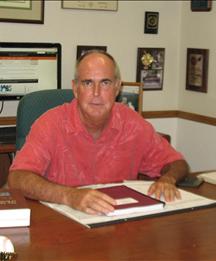