Mr. Ted A. Dickey is one of the co-founders of Diversified Appraisal, Inc.  Ted is a lifelong resident of Ft. Myers having graduated from Ft. Myers High School in 1975.  Subsequent to graduation, he attended Edison Community College from 1975-1977, graduating with an AA in Business.  He then attended Florida Atlantic University from 1978 - 1979 where he received his BA in Marketing in 1979.

Mr. Dickey enjoyed all four years of college on a golf scholarship.  After graduating
from Florida Atlantic University in December 1979, Ted then worked for
two years in Houston, Texas for Getty Oil Company and Union Oil Company in Windfall Profits Tax Division.  Mr. Dickey worked with W. Michael Maxwell and Associates from 1983 - 1988 where he was Senior Commercial Appraiser.

In 1989, he opened Diversified Appraisal along with David Vaughan and has remained an owner/appraiser ever since.  In addition to over 30 years as an appraiser, Mr. Dickey is also a real estate broker, was involved in the development of Old Ft. Denaud Subdivision in Labelle, and has served as a Special Magistrate for the Lee County Value Adjustment Board.

Additional activities include coaching the golf team at St. Francis Xavier School, which is part of the Sun Coast Golf League.  He has coached the team to six individual and team championships since 2007, as well as assisting several high school players in obtaining golf scholarships.

He has been married to Andrea Dickey since 1996 and has two children, Danielle and Stephanie.  Mr. Dickey is also a member of St. Cecilia’s Church, is a member of the Real Estate Investment Society, and is the Chair for the City of Ft. Myers Beautification Advisory Board. 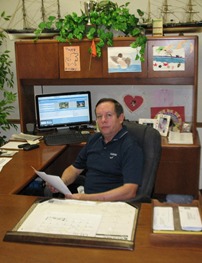